What is Ngang? Part 1: A Basic Understanding

To say that Thailand is a spiritual wellspring would be putting it mildly. Throughout history, Thailand has been home to some of the most renowned spiritual practitioners the world has ever seen, with a longstanding tradition of esoteric excellence rooted in the Buddhist faith. Many of the monks recorded in the annals of time, bear names that continue to be widely-recognised today. Needless to say, the consecrated amulets and objects crafted by these masters are highly-prized and in short supply, and their legends continue to ring as true and clear today, as they did in ages past.

“More than 100 famous monks from all over the country were invited to attend the event.”

Among the most revered of these legends, was this account of a mystical hand plane, that became widespread amongst the spiritual masters of Siam in its day, and became a calling card for some of the foremost practitioners of the day. 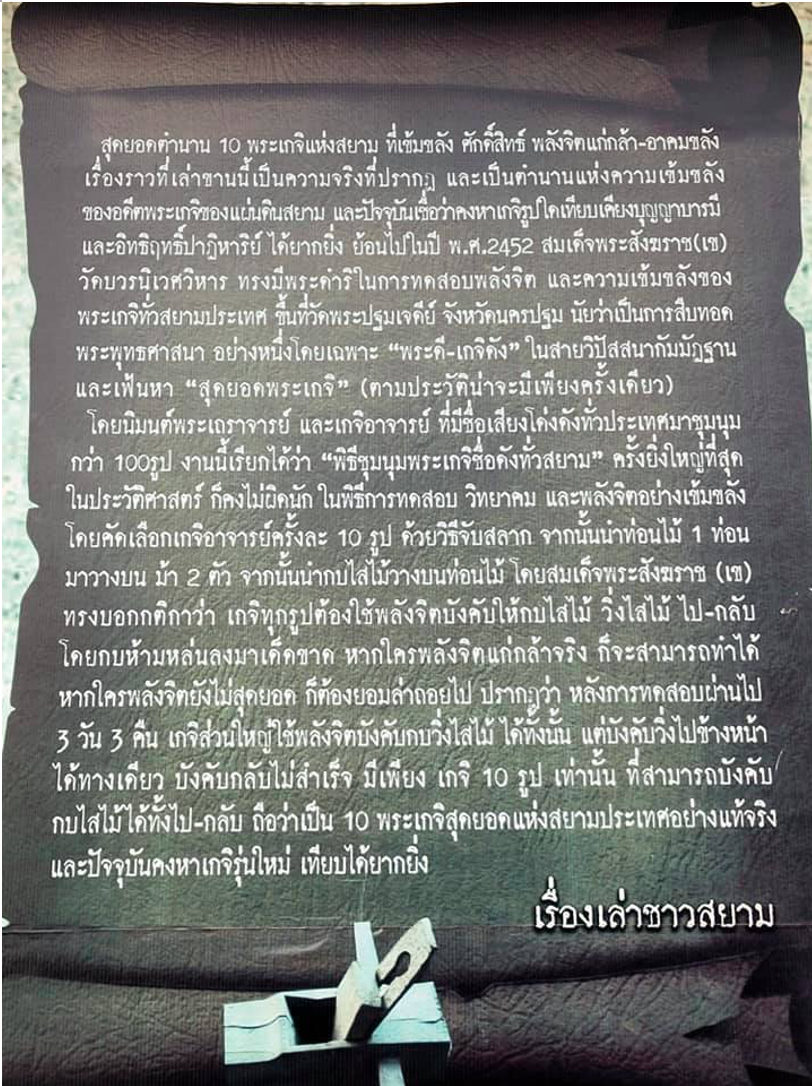 In 1909, His Holiness the Supreme Patriarch Somdej Phra Sangharaj Khe

of Wat Bowonniwet Vihara Temple decided to test the mental fortitude of the mystic monks of Siam, and ascertain for himself their mastery over wicha and meditation. The test was to take place at Wat Phra Pathom Chedi Temple, in Nakhon Pathom Province. Through this, he hoped to personally identify the foremost masters of the day.

More than 100 famous monks from all over the country were invited to attend the event. This gathering was still said to have been the largest of the few ceremonies to have gathered famous monks from across Thailand in a single venue.

The ceremony was intended to assess mastery of incantations and psychic energies. A piece of wood was placed on 2 wooden horses and then a “hand plane” was placed on the wood. Details of the exact configuration are fuzzy, but we surmise that the hand plane was positioned atop the 2 “rocking horses”, forming a bridge. As the hand plane was moved, psychically or otherwise, friction against the 2 rocking horses would cause the hand plane to move unstably, with droppage resulting in the practitioner failing the test.

This test is similar in concept to a “Telekinetic Enhancer” toolkit, where a light foil rotary blade is suspended from a needle. The entire setup is covered with a glass cup while in use to prevent interference from passing wind and vibrations. Even the novice mind, with enough focus, can will the blade to spin, stop, or change direction. This effect is, of course, much more pronounced with years of spiritual training. (You may try out the toolkit yourself.) 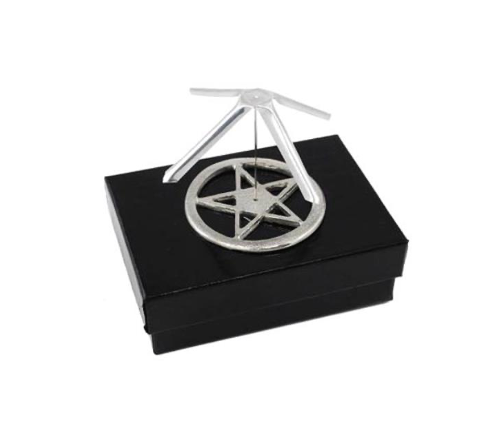 The monks determined the order of their participation by drawing lots. His Holiness the Supreme Patriarch stipulated that each master could only use the power of their minds to guide the plane. Given the circumstances of the test, only those with significant psychic abilities and mastery of wicha could possibly complete it.

The test lasted three days and nights. Most of the monks could guide the hand plane forwards but were unable to move them in reverse. Only 10 monks among the many assembled, were able to do so; a mark of their significant spiritual prowess. These monks are to this day, still widely regarded as the 10 highest-ranking monks in Thailand. We will discuss the 10 monks who made the cut below (Note: The rankings may differ according to different sources, but the names of the 10 monks remain the same.) 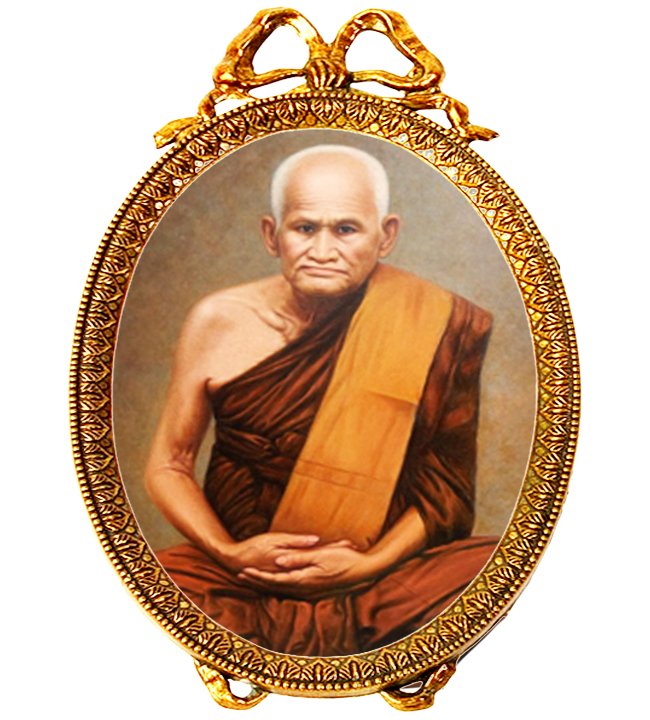 Famous for burying a wealth of amulets under his home temple, for the benefit of future generations. Read our article “Amulets from Gru Wat Khao Phra Dtai” to learn more about his incredible story.

A master famous for his amulets carved from tigers’ fangs, which impressed King Rama 5 to the point he recorded it in his diary for posterity. Learn more about Luang Phor Parn here. 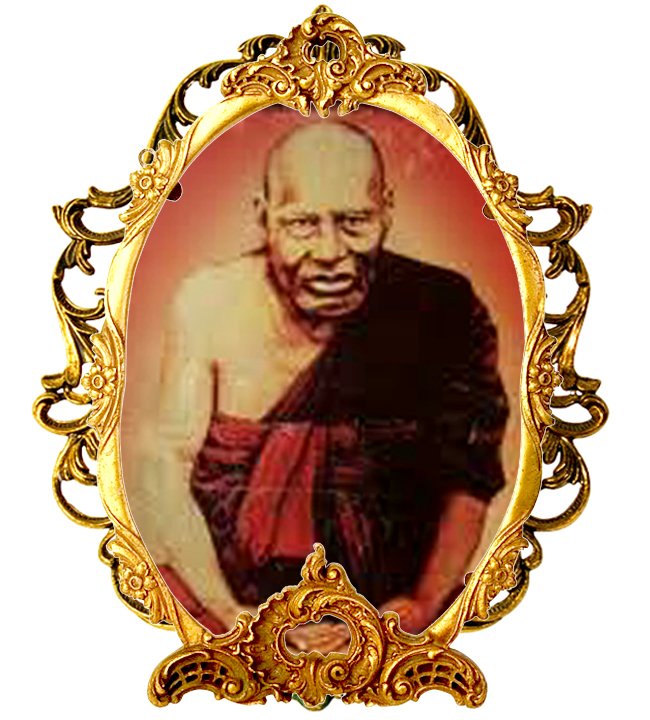 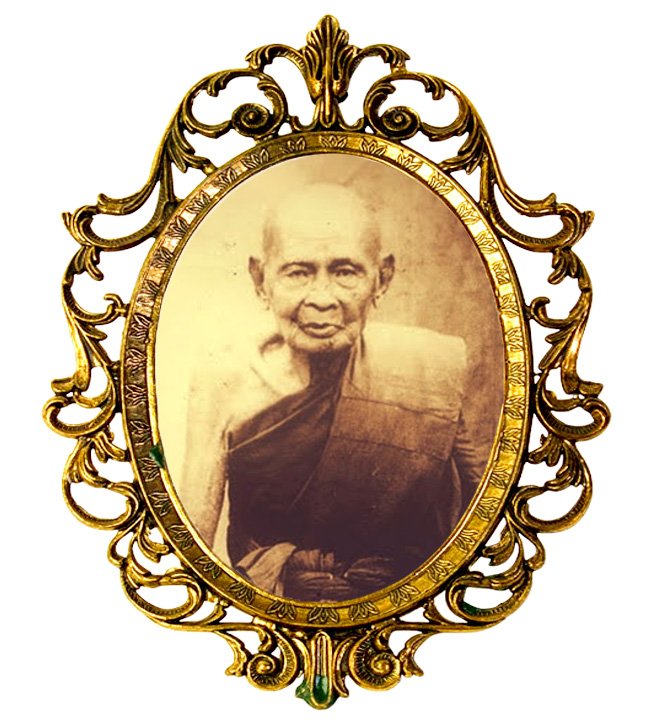 The progenitor of the famed Takrut Mongkut Phraputthajao 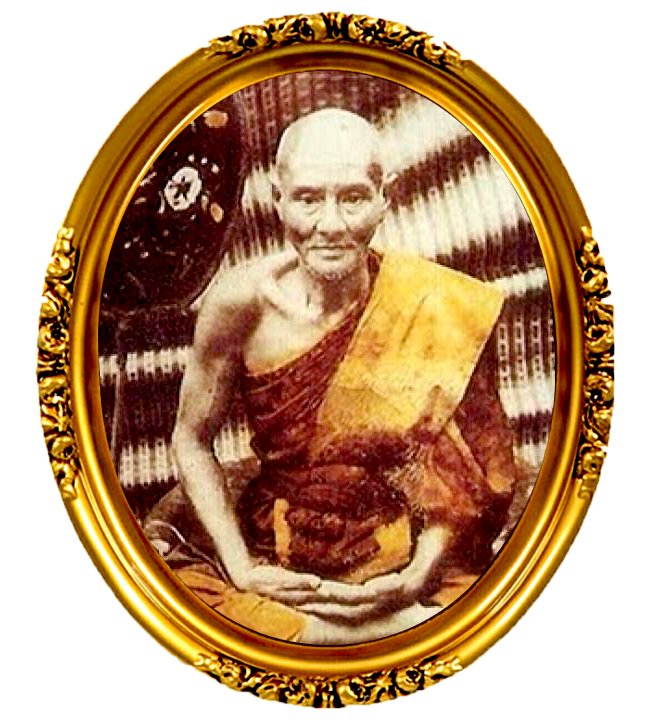 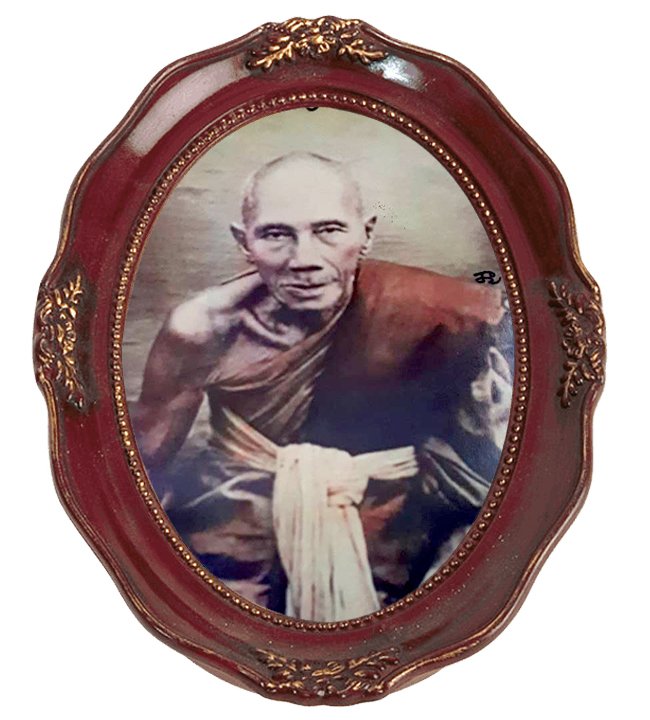 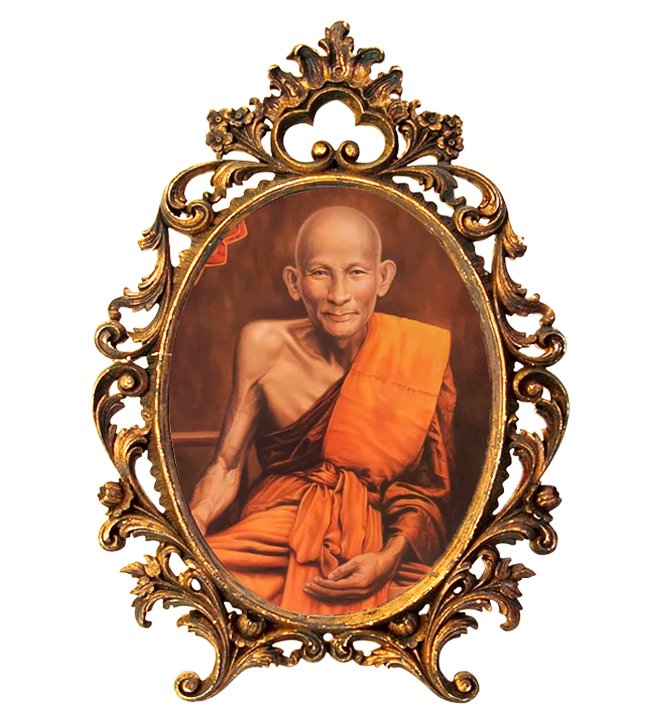 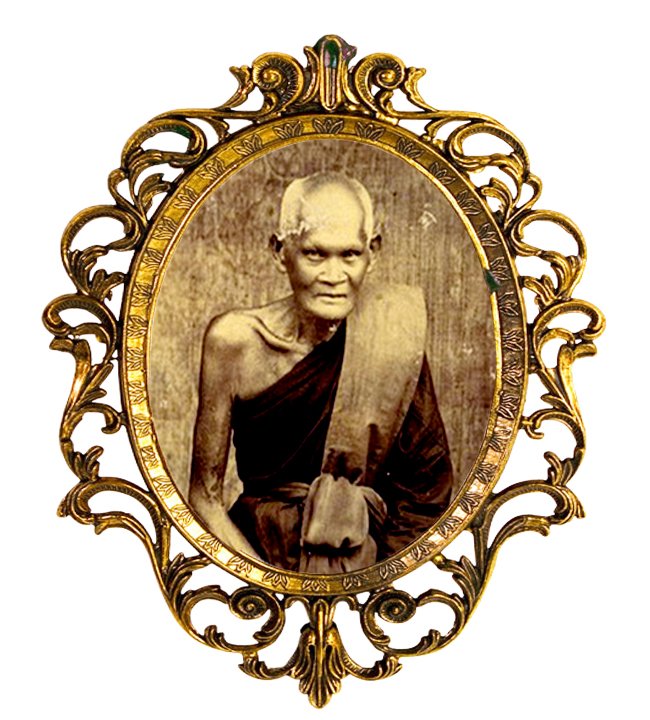 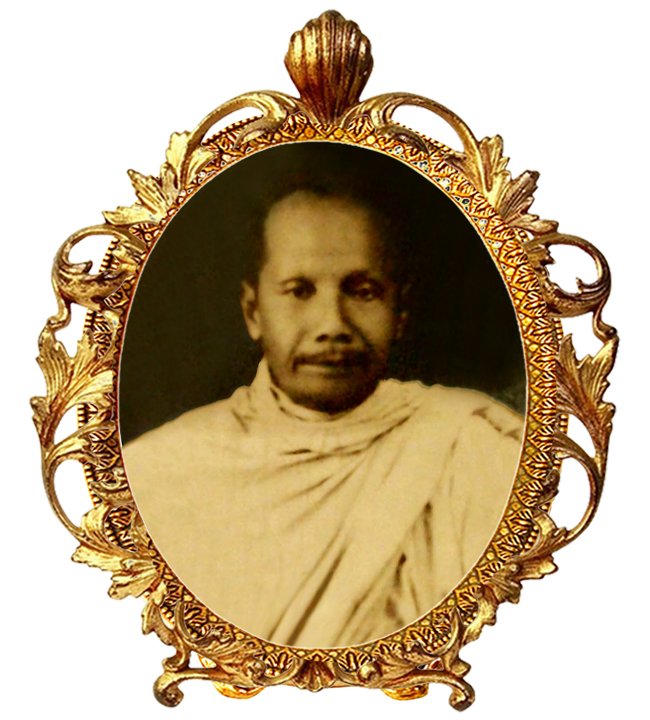 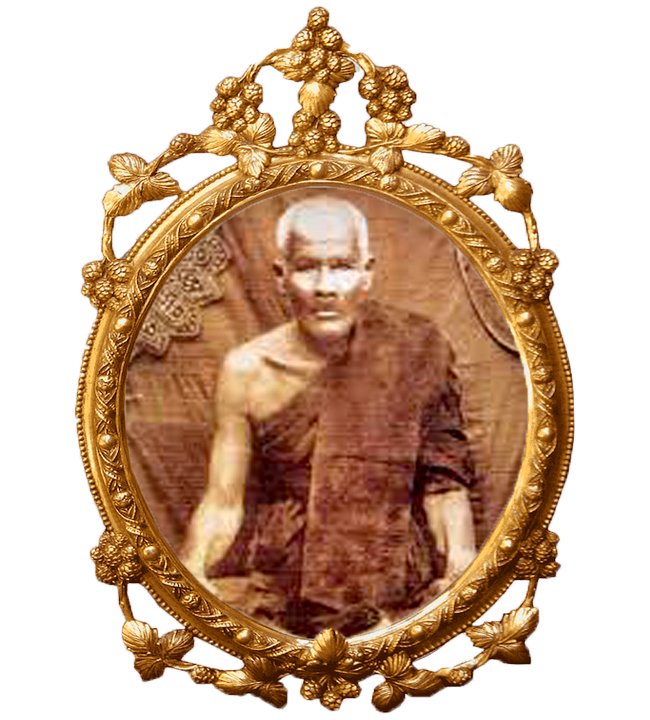 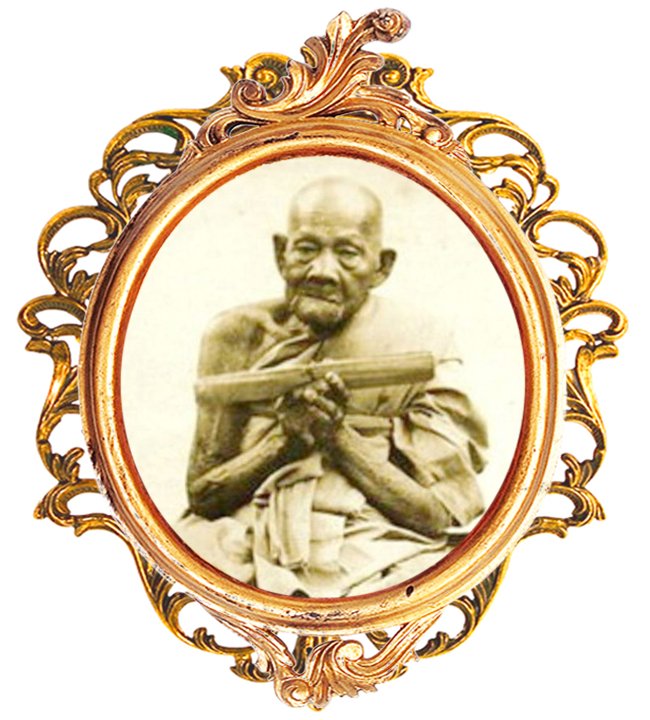 All of the information above is the collected information that we have amassed thus far regarding these masters. Though all of them excelled at meditation and the practice of wicha, not all of them were amulet craftsmen. As far as we are aware, Luang Phor Jon of Wat Don Ruab, Chumphon Province did not make any amulets during his lifetime, but his disciples created amulets on him after his passing, as a gesture of their faith and devotion. For more stories from this secret history, check out our articles on the site.